In order to pull off a live event that exceeds expectations, you need planning. And if you want to stay three events ahead, you need great planning. By creating a detailed run of show and planning your live event down to the second, you can make sure everything runs smoothly, without unwanted surprises.

Here, we lay out the key elements to flawless preparation and execution of a show and provide you with a run of show example you can use in your next live event.

What Is a Run of Show?

A run of show is a line-by-line agenda of a live event, or an extremely detailed sequence of activities within a given event. It lists each presenter or musical act, along with their requirements for AVL and the time (down to the second) when those items are needed.

The run of show needs to be done in advance to give everyone involved time to identify what problems may arise, address those issues, and document the solutions. Events don’t always have time for a run-through, making the run of show the only chance to avoid potential disaster.

In your run of show, make sure to include all performances and speakers, as well as all audio, visual, and lighting requirements. Additional details include:

Think of a run of show as a game plan. Without a run of show, you’re relying on people’s ability to react to what’s happening in the moment as opposed to planning ahead.

Using a full-service provider is the easiest way to make sure all the elements of the show are in sync. But even if you have separate providers for audio, visual, and lighting, you can still make sure they’re all on the same page with a run of show.

A basic run of show document looks like a spreadsheet with rows for show segments, columns for audio, visual, and lighting, and sections for pertinent notes. Traditionally, as people update the spreadsheet, they then print out and distribute each new version to all members of the team. Take a look at our run of show example below.

Today, though, most of our clients use a tool called Shoflo, which is a live-updating, cloud-based, run-of-show-documenting software. Shoflo’s auto-updating documents are available to everyone with a laptop or iPad, meaning you don’t have to print out new pages of the run every time someone makes a change. As long as you have internet access, you have the most updated version.

Consequently, though, since Shoflo’s functionality relies on an internet connection, it would not be a beneficial resource for events in remote areas where access to the internet isn’t guaranteed.

One of our favorite features of Shoflo is a notes field where users can assign specific equipment or technicians to each agenda item. Our clients also use this section to mention special features that need to be noted by the AVL team.

Mistakes To Avoid in a Run of Show

Apart from what to include, what are some common mistakes in designing a run of show?

Not Leaving Enough Room for Transitions

The biggest mistake we commonly see in a run of show is not leaving enough time for transitions. It’s important to build in enough time to shift from one performance or speaker to the next. Equipment will need to be moved, and performers will need time to exit the stage gracefully. And, as is expected, equipment takes more time to move and set up than a speaker or performer, so allot your time accordingly.

Imagine your main speaker exits stage right. Then they’re supposed to come up the stairs 60 seconds later — on the left side of the stage. It’s impossible.

If you don’t clearly lay out your stage directions on a run of show, performers can find themselves on the wrong side of an 80-foot stage with no crossover behind it. The event timing suffers and everyone’s flustered.

If you’re not using a run of show to outline the plan until the talent is about to go on stage, or until any other major item is about to take place, there’s no time to identify where the problems will be. This is especially true when you don’t have time for run-throughs.

Having Multiple Paper Runs of Show

Before live products like Shoflo came to market, event coordinators would print and distribute new paper versions for every run-of-show update. Unfortunately, this often meant multiple pages would float around backstage, causing confusion. Who had the latest version?

As a result of having multiple copies of the run of show, the AVL team might play the wrong video at the wrong time or send out the wrong microphone. This is another reason to consider a product like Shoflo, which enables everyone to have the latest version of the run of show at all times.

Without an adequate run of show, the talent won’t know how long they have on stage.

Speakers and performers need to know exactly how much time they’re allotted, or they’re likely to go over. And then your schedule can go off the rails. In fact, it’s not uncommon for certain events to have hard curfews, so you’ll want to be mindful of that.

Meal times get delayed, set changes get missed, other time slots get pushed back, and the entire event can go long. Besides keeping your guests longer than expected, this might also mean crew members work overtime and truck drivers sit by, idly waiting. Since these things can increase the total cost of your event, you’ll want to make sure everything runs on time.

Crews need time to eat, too. Especially if your event runs through one or two mealtimes, you’ll want to make sure the run of show includes a schedule of crew breaks.

You’ll avoid running into any applicable meal penalties, as well as grumpy and overworked technicians. Remember, a tired and hungry crew is more apt to make mistakes.

Helpful Additions to the Run of Show

In addition to avoiding the pitfalls mentioned above, you can add some small but helpful details to your run of show that will really assist your AVL team, such as previews of videos and pictures, and names and pictures of speakers/talent.

This will help AVL technicians know they have the right files ready to display and get the correct people placed and equipped.

You don’t want to see a major inconsistency in your planning seconds before it occurs. Instead, you need a run of show that makes for a smooth event experience. Most importantly, you’ll want everyone operating from the same master document.

To get started, take a look at our run of show example. Notice how the columns and rows are laid out, how you can add realistic start times and durations for each item, and where you can note AVL needs in corresponding spaces.

Now try creating your own in Shoflo and enjoy the difference a well-produced run of show can make in your events. 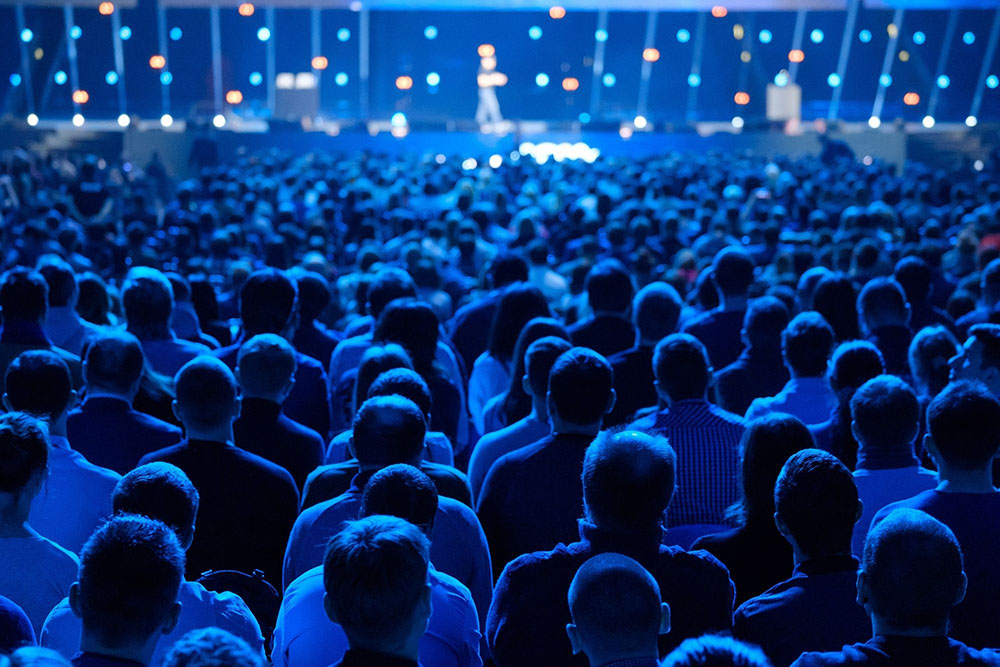